Is SD-WAN the answer to IoT’s most difficult problems? 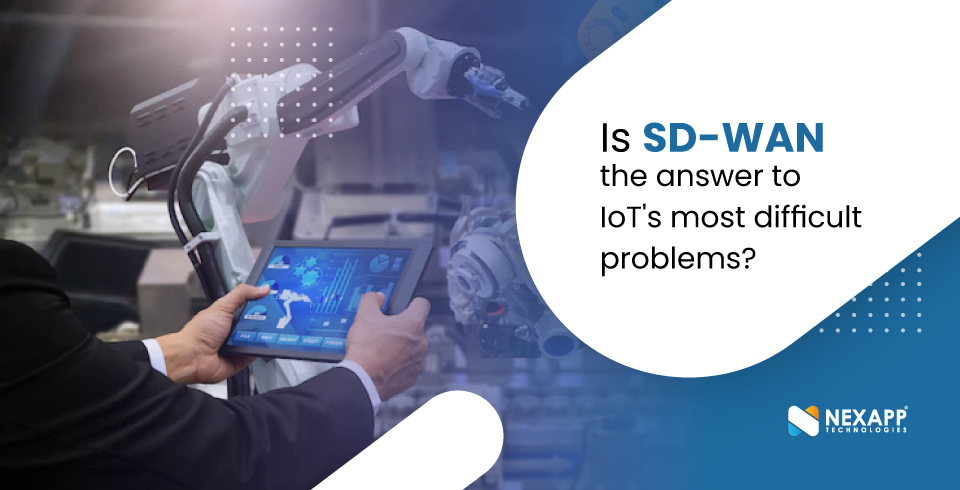 SD-WAN has been in the forefront of networking and technology for a few years now. Successfully making a mark in the market, along with creating a shift in the way people and enterprises see and know of connectivity. Since its inception, SD-WAN or Software Defined Wide Area Network has redefined the digital sphere, and playing the role of a catalyst in this transformation.

SD-WAN is known to be the biggest leap in the networking industry, promising higher quality user experience along with greater operational agility. As enterprises have embarked on their transformational journey, SD-WAN is the way that businesses are migrating towards.

The IoT revolution mainly comprises of cloud computing, cognitive computing and cyber-physical systems. All these systems communicate and cooperate with each other as well as with humans in real time. Industry 4.0 consists of four important design principles. These principles support companies in identifying and implementing 4.0 scenarios. Interconnection, Information Transparency, Technical Assistance and Decentralized Decisions.

While IoT is not a new term or concept for many, it is now at an increasing pace gaining a lot of popularity, since its emergence into the mainstream public. Making network change and evolve. This evolution needs an agile environment to grow in, and for enterprises to benefit off it.

SD-WAN Is The Answer

There is no denying that with any new emerging technology or albeit technological revolutions, comes a handful of issues and questions whose answers are difficult to come around. Similar is the case with IoT.

So how exactly is SD-WAN the anecdote?

There is no doubt that IoT is the future, but SD-WAN solution enables organizations to use IoT potential to its fullest without the burden on overhead costs, risks as well as complexities. A step forward in building a simple network architecture and making sure enterprises scale their IoT deployments faster and in a more secure manner.

To find out more about such topics, head over to Nexapp Technologies.