Why Move To Instaroute, When MPLS Is Cheaper? 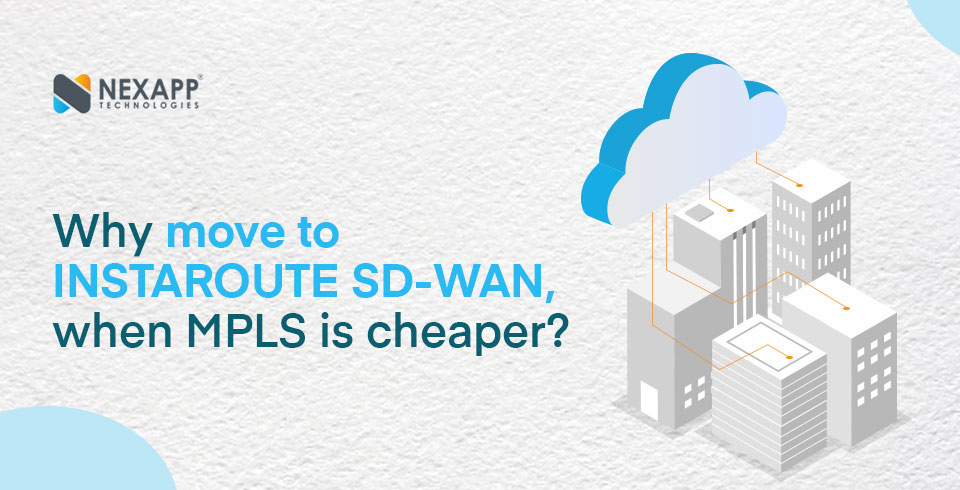 With many countries already adopting the 5G wave, countries like India are clasping hands and awaiting eagerly for this wave to hit us all and bring in the much-needed and much awaited change in the world of technology and networking.

There is no denying that MPLS has been a game changer in the world of networking and connectivity. Since its emergence, MPLS has garnered a lot of trust. Being one of the first ones, there is a blind faith that organizations have on MPLS. The understanding that no matter what, one cannot go wrong with it, also its pocket friendly.

But with changing times, changes in networking and technology are only a natural process now. With businesses evolving, the need to have more robust technology that will help with all the networking needs and at the same time is cost sensitive.

So, if MPLS has it all, and is cheaper, then why go for Instaroute SD-WAN at all?

Alignment with business requirements – MPLS being an age old technology, there is a limit in its offerings with regards to aligning customer capacity, quality and availability requirements.

So what is Instaroute SD-WAN bringing to the table?

Hence, even though MPLS is cheaper, technology is evolving and with it businesses as well. With businesses being in control, it gives them space and power to function exactly the way they want to. Thus, it’s time to move on from age-old MPLS and imbibe what is more accessible, user friendly and evolve with the changing times and move to  Instaroute SD-WAN.

To know more about SD-WAN and why it is the next big thing, checkout Nexapp Technologies